The theme of my blog is #MaanKiBaat. It is a Hindi phrase meaning Words from the Heart. Truth be told. It is not an original idea. It is lifted from a radio/TV show featuring Indian PM Modi.

I started using the phrase with a hastag together with a punchy one liner on Facebook for everything how I was feeling to what I eating to making fun of issues facing my country. I targeted water problem, sewage issue, power blackout, ATM malfunctions, etc. I started as a parody. As a joke to make people laugh but for people to ponder.  It became very popular among my readers. Many readers commented that they enjoyed my #MaanKiBaat than my blog.

Now I have decided to name my blog with this phrase.

Engineer, communication scholar and educator – and a dog lover and passionate about airplanes, coffee and travelling

I come from Trashigang – the eastern-most district in Bhutan. I am a Sharchop. My father was a bus driver and my mother a house wife. Both didn’t attend school – thus making me the first generation to go to school – in the family and in the country too.

From 2009 to 2013, I served as the communications director and spokesperson for the Royal Family of Bhutan.

As a third career, I have opted teaching and research. I taught in the Royal University of Bhutan as adjunct professor and briefly served as a dean at the Royal Thimphu College.

I am, currently, pursuing doctoral studies in communication at the University of Macau – specialising in social media, discourse analysis and Buddhist communication. 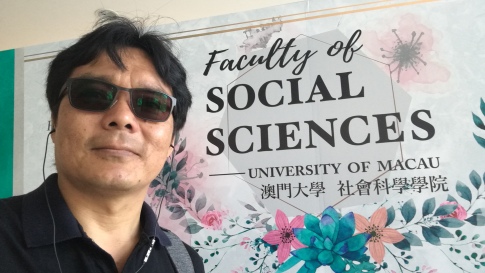